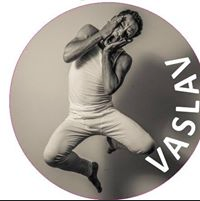 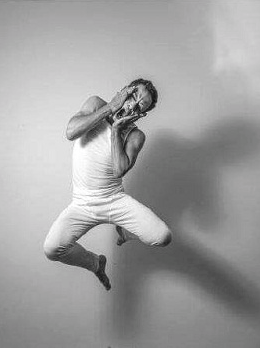 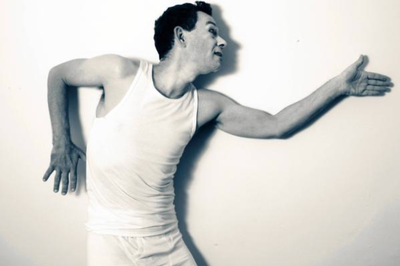 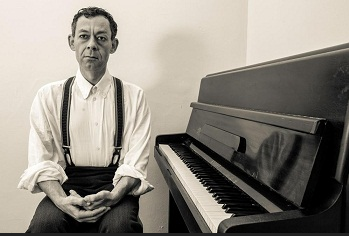 Directed by the award winning Lara Bye and performed by the unique Godfrey Johnson, Vaslav takes the art of cabaret to a new level.   It was nominated in three categories for a 2015 Fleur du Cap Award.
Vaslav Nijinsky was a visionary and daring performer who changed people’s perceptions of male performers and of dance in general. For nine years, he was the most admired ballet dancer in the world. Labelled ‘The God of the Dance’ by adoring critics, the star of the Ballet Russe company danced for the last time aged 28, in 1919.  Diagnosed as a paranoid schizophrenic, he spent the next 30 years of his life in and out of mental institutions. Such was the impact of his short career, that his legend still captivates audiences 100 years later.
Based on Vaslav Nijinsky’s own diaries, and the world he lived in – around the time of the First World War with its explosion of creativity, change and industrial and technological advances – Vaslav blends together an intoxicating combination of original and period music, with dance and video. Set in a mental asylum when Vaslav is an older man, his story unfolds in vivid fragments of memory and flashbacks to his past.
“People thought I was mad, I just thought I was fully alive” – Vaslav Nijinksy.
“In Vaslav [Johnson] reaches new heights… cabaret at its darkest and finest….dazzling…mesmerising” -Tracey Saunders, Cape Times
“the opportunity to glimpse genius, both that of Vaslav and Johnson…. If you don’t go and see Vaslav……. , you will be depriving your soul of a unique love-story” – TheatreSceneCpt
Reviews:
"Voracious Vaslav" - The Critter
"Vaslav Revisited" - Cue Online
"Cabaret reunites man with Myth" - The Star Tonight, Western Cape
"The Dark World of Ballet" - The Star
Theatre Scene CPT Review

Extraordinary performance .... a privilege to be part of the audience.....

Godfrey's performance was outstanding & engage. Overall, not sure what I expecting but given the setting & the story and even it being cabaret, I was expecting something a little more experimental with surrealist elements or even magical realism. It was too direct and literal which was quite a pity. I was also waiting for him to do even one grand dance move the entire time...what I read on the ad & what I saw seemed a bit far apart. Thanks!

It was hard to follow because I prefer not to read too much prior to a show. Initially I was not pulled into the production but found the second half much better and more convincing. It was not an easy piece to watch and I'm blown away at the actor's talent.

Wonderful. Enjoyed the show enormously. One thing however: it was too dark getting into the theatre and our seats. (The show had NOT started yet, by the way) Eventually had to use my cell phone to see where we were going . Luckily, saw a makeshift chair in the aisle that, without the light from the cell phone, might have caused an accident. Would appreciate it if you would see to it that as the audience is being seated, it is not pitch dark. Thanks

The review in Tonight was spot on!

Completely superb. Only ones left at end trying to get ourselves together and Godfrey came back and we told him what an extraordinary performance it was - acting, piano-playing, psychological morphing, switching characters. Just superb. Well done! And congrats to Lara Bye too.