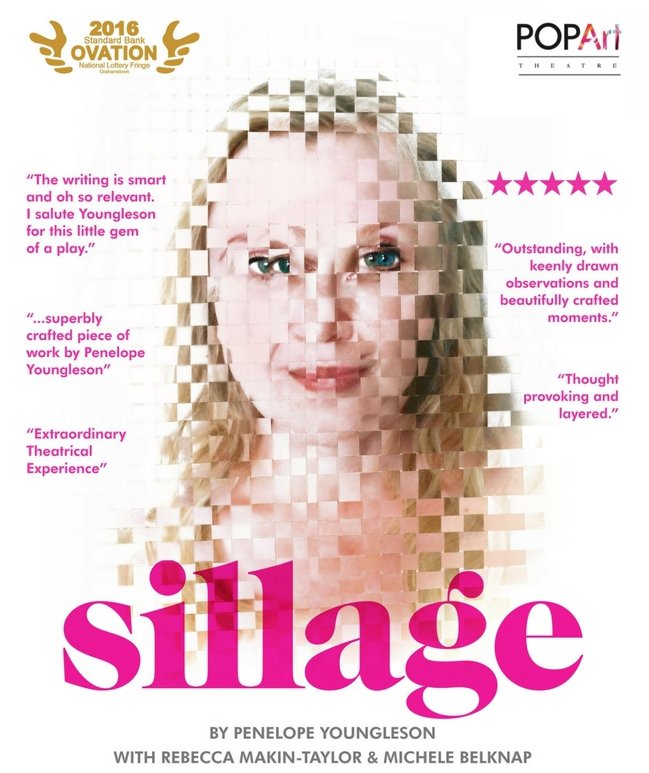 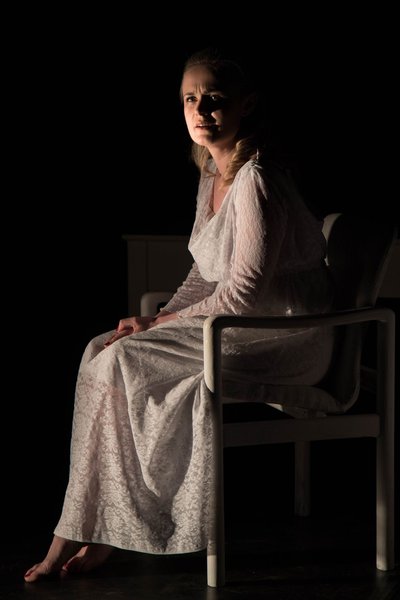 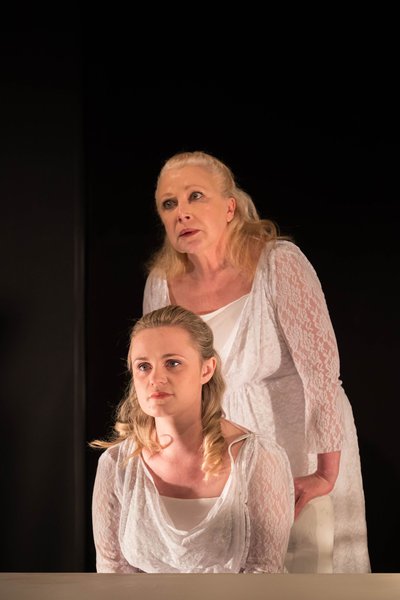 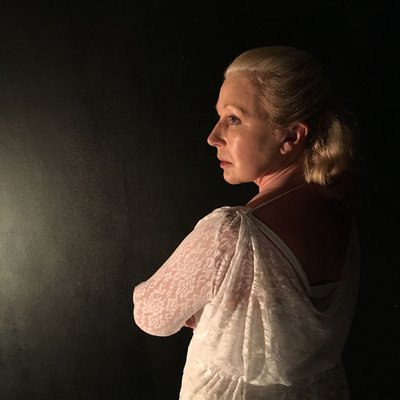 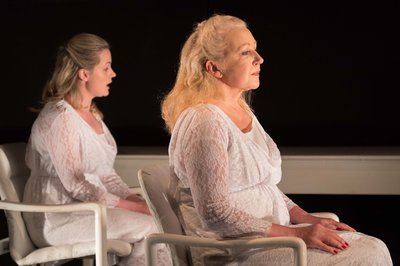 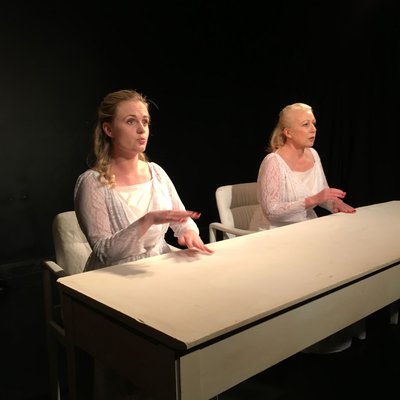 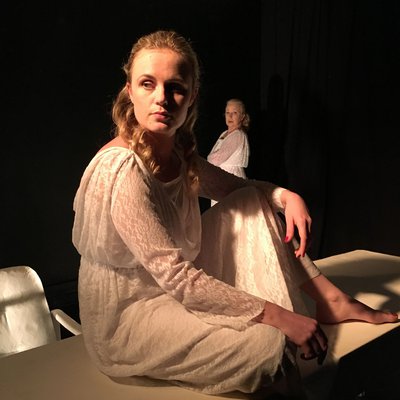 Sillage is the disquieting story of three generations of South African women and how their matriarchy sustains them.

Described as the trail of scent left behind when a person walks past you – 'sillage' is a French word used in perfumery associated with olfactory memory. The play is about a relationship between a mother and daughter packing up their family home.
They bicker over what to keep and what to throw away; and arguments about the minutiae of their lives quickly turn to the flotsam and jetsam of their relationship, family, community - and South Africa as a whole.

Sillage is written and directed by Penelope Youngleson (Standard Bank Silver Ovation Awards 2014, 2015; Fleur du Cap award 2014, Fleur du Cap nominations 2016, 2017) and stars Michele Belknap and Rebecca Makin-Taylor. Sillage won the Standard Bank Gold Ovation Award at the 2016 National Arts Festival: only the fifth gold to be awarded to a theatre production in the festival’s history – and the second to a female theatre maker. It was also nominated for Best New South African Script at the 2017 Fleur du Caps.

For more about Sillage, see featurette on Theatre Talk here.

She has also just finished a stage adaptation of C.A. David’s novel Blacks of Cape Town , which will be directed by Standard Bank Young Artist of the Year winner, Jade Bowers, as part of the Arena platform at the 2017 National Arts Festival. She was also selected as one of the Next Generation delegates for the 2017 Assitej International Conference and is involved in a 4-continent production about protecting our water sources, First Nation knowledge commons and ancestral storytelling.

Her particular interest is South Africa-specific stories and has written 9 scripts in the last 4 years – all original works, all about and for and in praise of people from her country. She is currently a Bertha Fellow at the UCT Graduate School of Business, pursuing an MPhil in Social Innovation. She was also named amongst the Mail and Guardian Top 200 Young People of 2016.

Michele Belknap
Michele graduated from UCT Drama School in Cape Town, South Africa, in the 1970s; and then worked at the Market Theatre in Johannesburg for some years before returning to the Western Cape and becoming involved in educational theatre programmes. She then worked in the field of corporate training, and subsequently ran an educational NGO for many years. She has remained active in both professional and amateur theatre as well as film work in Cape Town. Stage roles include the Woman in Laughing Wild , Barbara Phillips in The Shadrack Affair , Mrs Erlynne in Lady Windermere’s Fan , Lady Macbeth in Macbeth , Violet Weston in August Osage County , Olive Madison in The Odd Couple-the female version and Mme Pinchard in An Absolute Turkey .

Well executed but not my type of play

So good I want to see it again, many moments in the text which make you think about life SA.

Very touching and intimate story and the lighting is phenomenal, almost like a 3rd actor.

Very touching and intimate story and the lighting is phenomenal, almost like a 3rd actor.

excellent script and a story we can all relate to ; excellent performers and creative direction. provocative, poignant and progressive. love this sort of theatre!

I thought Sillage was excellent. Very moving. Excellent script and very good performances . It was my first visit to popArt and I was very impressed. And the play really resonated with me because I have just moved my 96-year-old mother to live with me and I’m going through exactly the same situation clearing out all her things. Well done to the cast, playwright producer and director. And we even had an outstanding coffee at the coffee shop on the corner! But managed to resist cheesecake which looked superb. Please don’t publish my comments or use them in a public domain because I’m supposed to keep my views private as I’m a Naledi Judge thank you

excellent script and acting! it hit home to me personally having a 29 year old son :)

Was really moved by the piece. Lovely writing and stunning performances. Bravi!

So moving! And I truly hope this will not be the last of this amazing play. Exceptionally well written and beautifully executed.