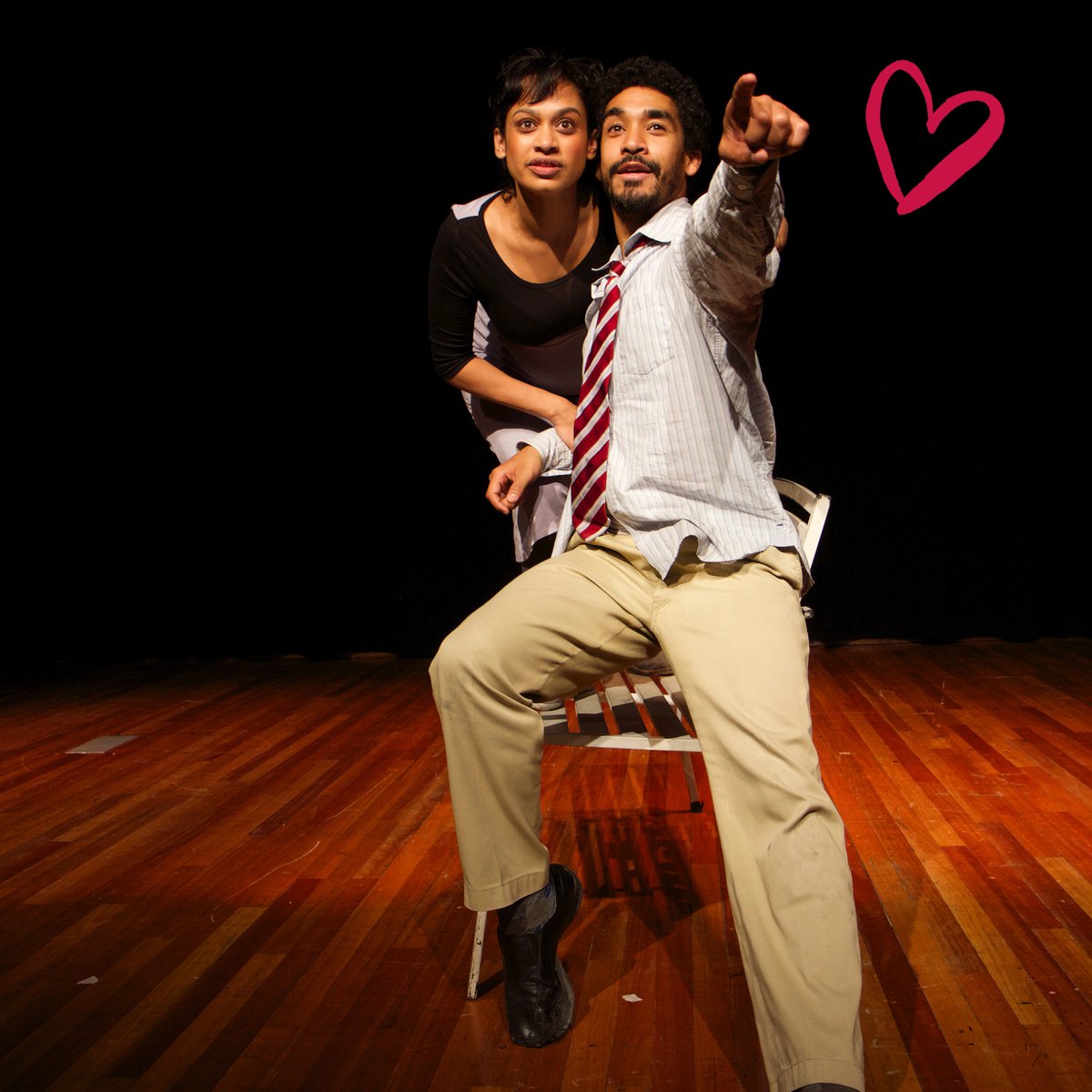 After a successful run in 2017 at the National Arts Festival in Grahamstown and the Baxter Theatre in Cape Town, Whistle Stop is back on the POPArt stage this Valentine's weekend!

Winner of a Standard Bank Silver Ovation Award and a PANSA New Writer’s Award, this is a love story like no other. A man, a woman, a bench and all the hidden thoughts that we think and never allow ourselves to say... If you have ever fallen in or out or around love, this absurd two-hander that travels beyond the present moment, is for you.

“Whistle Stop is a precious and delightful thing and I urge you to make it your Whistle Stop…it is an hour of pure theatrical magic” (Weekend Special, 2016).

What the media said about Whistle Stop:

“Witty and goofy …” is how broadway.com put it, while Cue described the production best by saying, “Boy meets girl, girl meets boy, and in so doing, expose the ridiculous contrast between words thought and words uttered.  Hilarious, fumbling internal monologues will bring joy to the most hardened heart. Fabulous script, outstanding performance!” The Critter declared Whistle Stop as a “fantastic, insightful piece of theatre.”

“Love features again in Whistle Stop with real life couple Jaques de Silva and Ameera Patel in a brilliant new play about the fear/excitement/uncertainty of meeting someone new. Written by Ameera Patel, this poignant, funny, highly physical play is sure to strike a chord with audiences," is how Inner City Gazette summed it up.

About the Creative Team:

Under the meticulous direction of Frances Slabolepszy, the award-winning duo and real-life couple Ameera Patel and Jaques de Silva, are doing a local tour of the critically acclaimed two hander, Whistle Stop in 2018.

Whistle Stop is a bold work written by playwright, storyteller and actress, Ameera Patel who penned the play after completing her Masters in Creative Writing with a distinction at Wits University. Ameera was also featured as one of The Mail & Guardian’s 2016 Top 200 Young South Africans.

Ameera’s theatre highlights include performing as Vicky in the premier of Athol Fugard’s Victory, directed by Lara Foot; Juliet in Romeo and Juliet directed by Clare Stopfor; Ophelia in Hamlet, Lady Macbeth in Macbeth; Ismene in Greg Homann’s Oedipus @ Koo-Nu and Sawda in Scorched, directed by Jade Bowers in which she won a Naledi Award for Best Supporting Actress. She has also been seen on television, in shows such as Hard Copy, Binnelanders, Sokhulu and Partners 2, Remix, Mzansi Love 3, and as Dr Chetty on Generations and will soon be seen on the new sitcom, Soap on a Rope.

Dark Laugh Theatre Company
Dark Laugh Theatre Company was established by Daniel Buckland and Mongi Mthombeni and has become an umbrella for a collective of artists to create innovative and pioneering theatre. The company places a core emphasis on creating cutting-edge works that expresses and reflects the questions and perspectives of young South African citizens and creatives. At the centre of the works that are produced and created we use humour to explore the ‘dark laugh’ that allows audiences to be moved into confronting the darker aspects of being. Previous Dark Laugh productions have won several awards: The Naledi Award for Best Cutting Edge production, The Standard Bank Gold Ovation Award and The Out The Box Festival Special Mention.

What a fun evening out. Had us giggling all the way through

Amazing - loved it - even made me snort laugh!

Everything it's cracked up to be.

I laughed the whole time, and we were in the front row and I actually got to a point where I wondered if I was freaking the actors out with my stupid grin. I resonated so much with Jacques' character and my girlfriend the same with Ameera's, so they've obviously nailed down the guy/girl thought process. Well done guys, loved it!

What a fun evening out. Had us giggling all the way through

Both Jaques and Ameera were outstanding!!!

I was a bit disappointed in the show. I thought the beginning was cute but the performance never developed. It was sweet and clever to start with that style of them trying to talk and what they said vs what the characters were thinking but the play never changed and they carried that style throughout. So it because monotonous! I also felt the characters never developed through the play and you never saw them change or learn from one another. They tried to change it by changing the positioning of the bench but it became boring. We also never really learned anything about the characters through the interaction. The male performer was good but the female performer came across way too harsh and over the top. She needed to maybe be aloof initially but then she needed to change or soften or become more flirty or interested as the play progressed. It was a nice idea but it needs to be developed more and needs more change and to spark more interest.

Great perfomance! Physicality and theatrical performers with true and honest emotion. Really was so beautiful and touching!