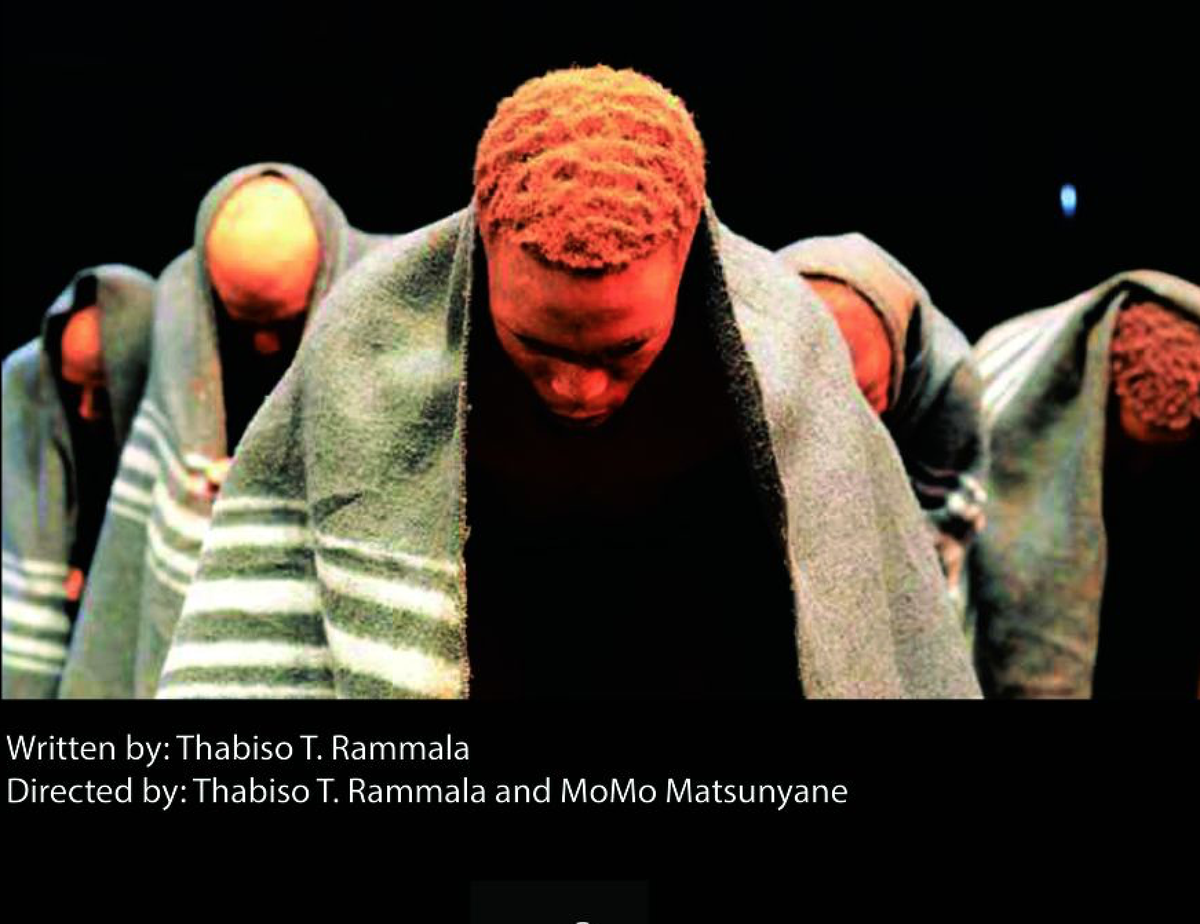 The play is set in the Free State where cultural norms and traditional practices still play an important  part in the community. Tau lives in a conflict of modern and traditional norms deeply rooted in African history and mythology. His father is a traditionalist and a community elder and his mother  a neo traditionalist with the ability to be swayed. Once confronted with this conflict, he embarks on a journey of discovering his manhood, himself and his Sesotho culture.

The story deals with sensitive cultural issues that have remained unchanged for centuries and are difficult to question. It also deals with the taboo issue of homosexuality in the midst of a sacred “manly” ceremony. The play does not wish to shun the cultural beliefs of its audiences, but wishes to ask people to look to themselves and whether they are abusing the power rooted in customs on the grounds of ignorance or as a calculated choice…LEROTHODI!!

Does culture protect one’s identity or does one’s identity protect culture? The story of a boy who is turning with time, like a wheel where change and time are the only constant variables. Tau goes through himself as he goes through the world, trying to understand the world, his world. Finding and losing himself in his friends, family and village. How can you be like others when you are so different that it scares you? What is it that really defines a man?

I loved how they performed together as an ensemble on stage, beautiful show indeed

I loved how they performed together as an ensemble on stage, beautiful show indeed

FANTASTIC!!! All Momo Matsunyane's plays never disappoint!!! I am looking forward to her next play!!!

I lived Tau, the scripts was well written. The delivery of the story is amazing as well. The actors are incredible , all round thought provoking piece. I've seen it twice and I can't wait to see it again .

South Africa has a new Classic!

Riveting! Controversial! A beautiful expression of the complexities of modern black life.

The problem was one of language - as I don't speak any of the languages used except English,my friend and I were lost - it would be helpful if you put in your announcements the dominant language of a play.

The show never gets old, the actors are always on point and keeping it clean. Nice show

Beautiful and engaging performances! Really enjoyed the show! Thank you!

Best show ever, I really loved the show and I’m hoping to see it again next time.

FANTASTIC!!! All Momo Matsunyane's plays never disappoint!!! I am looking forward to her next play!!!