Tswalo: A special celebratory pop up! 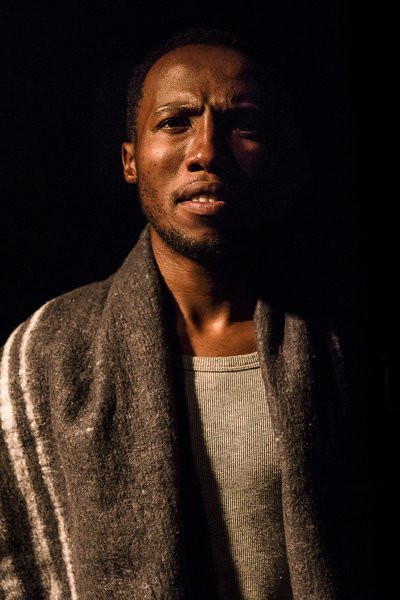 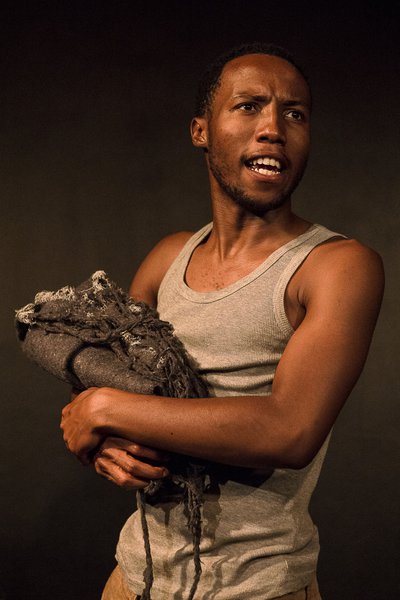 Tswalo: A special celebratory pop up!

Standard Bank Ovation Award and Cape Town Fringe Fresh Award WINNER! is back for a celebratory pop up performance!
"This is what theatre should, and can be."- Weekend Special.
"Mystical made manifest "-The Critter
"World-Class performance..."- theatre sceneCT
"Tswalo is intelligent theatre"-artscomments
"A must see"-Cue
Tswalo is a body of poems constructed to fragment a narrative that is carried in both physicality and Voice. It is placed in a timeless space of existence, which explores the primary themes of being, chaos and beauty, blood and birth, love and war in the same frame.
Written and Performed by Billy Langa with Direction and Lighting design by Mahlatsi Mokgonyana in collaboration with Composer and Sound Designer John Withers.
Tickets:
R90(Online)
R100( Door)

Tswalo is a collaboration between Johannesburg Theatre Making Duo Billy Langa (Writer and Performer) and Mahlatsi Mokgonyana (Director and lighting designer) and Cape Town Based Sound Designer and Musician John Withers who created the original score and soundscapes for the show.

Tswalo is one of those unexpected concept. It was unbelievable when I heard Billy saying those lines. The writing is so great and i am motivated. This play shows me that we don't always have to play easy, tricky work is also magnetic. I like how he lays that story, it's structure is a surprise after another. M so blessed.

Poetry is hard and rare to create and perform. Tswalo is a vital work of art.

Wonderful work; would see it again if it were playing longer.

Tswalo to me was a... is a... Tswalo is the birth of thoughts in ones mind that set one on quest to reconnect with self. The beauty of the performance as a whole is in how it makes a person realise that their birth was no mistake. It makes one feel comfortable with having questions about existence and learning different ways to answer them while stepping into their purpose. It makes one realise that although death is a definite it is not a bad thing but a destination we explore in this living and dying business. I love how even though birth feels like the main theme, social issues are tackled in the process. Tswalo is a universal piece needed by the world to inspire individuals to be one with self and live with purpose but also embrace the existence of others in their diverse nature because everyone was born for a reason. Many stars come and go and they all need their chance to glow when they have come. Big ups to the Director Mahlatsi for the capturing the essence of the production in a wholistic way that allows anyone to relate in many different ways. Billy Langa outdid himself with the way he became one with the performance and how being in sync, mind, body and spirit gave him a presence like no other. I really enjoyed the show... I would watch it again and again... and again!

Tswalo was such a beautiful spiritual show for me. During the show when Billy was going through the name giving scene...something so familiar to my core identified and understood what he was doing. It was like he took me back to an ancient place known to my Soul only. As for the HAUFI NYANA song....My late mother's spiritual song. Oh my Goodness. As for the part where he is dancing with the lady and he blushes...LMAO it was too cute and I believed him right there that he was feeling those emotions. MAIGOT!!! I so believed he was the tiny infant banging against the membrane surrounding him inside his mother's womb saying..."I WANT TO GET OUT/LET ME OUT OF HERE". Listen TSWALO is a breath of fresh air I tell you. It needs to be shown again soon please There are some people in my life that needs to see TSWALO. ILLY is a true GEM I tell you. He is very necessary for this world!!! WITH Love